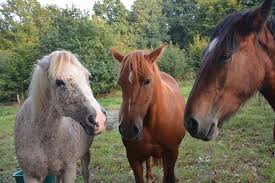 TLDRBWPIKWG; The natural order is pretty chill but some “sagely dudes” threw a wrench in that real quick

Horses can with their hoofs tread on the hoarfrost and snow, and with their hair withstand the wind and cold; they feed on the grass and drink water; they prance with their legs and leap: this is the true nature of horses. Though there were made for them grand towers and large dormitories, they would prefer not to use them. But when Bo-le (arose and) said, ‘I know well how to manage horses,’ (men proceeded) to singe and mark them, to clip their hair, to pare their hoofs, to halter their heads, to bridle them and hobble them, and to confine them in stables and corrals. (When subjected to this treatment), two or three in every ten of them died.

Bo-Mi didn’t actually know shit about horses but he wanted to be the horse master so bad that he continually told plebs that he knew how to take care of these powerful beasts. People saw Mr. Mi riding around town and were like “fuck me I dont care if a few die, as long as I can do that” and naturally pushed the limits and soon 4|5/10 of the horses died but “dude I’m riding a horse” is logic that can’t be argued against..

And yet age after age men have praised Bo-le, saying, ‘He knew well how to manage horses,’ and also the (first) potter and carpenter, saying, ‘They knew well how to deal with clay and wood.’ This is just the error committed by the governors of the world.

What they are saying is we let this happen.. 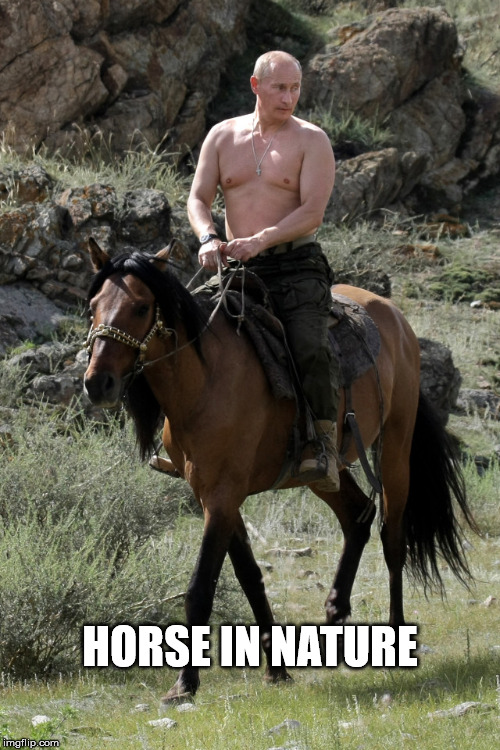 2: The section that’s better than Avatar

..Therefore in the age of perfect virtue men walked along with slow and grave step, and with their looks steadily directed forwards. At that time, on the hills there were no foot-paths, nor excavated passages; on the lakes there were no boats nor dams; all creatures lived in companies; and the places of their settlement were made close to one another. Birds and beasts multiplied to flocks and herds; the grass and trees grew luxuriant and long. In this condition the birds and beasts might be led about without feeling the constraint; the nest of the magpie might be climbed to, and peeped into. Yes, in the age of perfect virtue, men lived in common with birds and beasts, and were on terms of equality with all creatures, as forming one family – how could they know among themselves the distinctions of superior and inferior beings?

Damn Avatar was some deep shit huh? Equality of all creatures existing in nature seems like a pretty reasonable idea but always remember our favorite section from Matthew.. and remember this is a beloved early passage for the youngsters..

Matthew 6:26
Behold the fowls of the air: for they sow not, neither
do they reap, nor gather into barns; yet your heavenly
Father feedeth them. Are ye not much better than they? 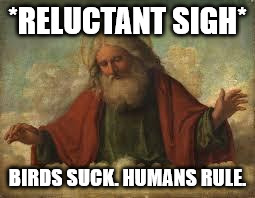 Back to Zhuangzi..This idealistic view of the world of course has to be destroyed by a few sagely guys that think they know whats up..

In that state of pure simplicity, the nature of the people was what it ought to be. But when the sagely men appeared, limping and wheeling about in (the exercise of) benevolence, pressing along and standing on tiptoe in the doing of righteousness, then men universally began to be perplexed.
…
The cutting and hacking of the raw materials to form vessels was the crime of the skilful workman; the injury done to the characteristics of the Dao in order to the practice of benevolence and righteousness was the error of the sagely men.

When men began to live outside of their natural way they destroyed the Dao in order to pursue less noble goals. Zhuang Zhou recognizes that the damage has already been done and we can’t live in the natural ideal but a pursuit of wu wei is still worth the struggle.

Horses, when living in the open country, eat the grass, and drink water; when pleased, they intertwine their necks and rub one another; when enraged, they turn back to back and kick one another – this is all that they know to do. But if we put the yoke on their necks, with the moonlike frontlet displayed on all their foreheads, then they know to look slily askance, to curve their necks, to rush viciously, trying to get the bit out of their mouths, and to filch the reins (from their driver); this knowledge of the horse and its ability thus to act the part of a thief is the crime of [the sagely men].

Zhuang Zhou wants us to really think about the natural horse. Where do many negative horse behaviors come from? Do they truly originate from humanity’s attempt manage and control the horses raw power? By controlling the horse has man created more problems? Does the advice of former sages lead to the problems of the world today?

But when the sagely men appeared, with their bendings and stoppings in ceremonies and music to adjust the persons of all, and hanging up their benevolence and righteousness to excite the endeavours of all to reach them, in order to comfort their minds, then the people began to stump and limp about in their love of knowledge, and strove with one another in their pursuit of gain, so that there was no stopping them: this was the error of those sagely men.

While this is a definite over simplification of the creeping in of evils into the world, the importance and danger of false truths about known unknowns should not be underemphasized. Throughout time we should expect more sagely men to appear with answers that greatly simplify and “improve” things; a little skepticism and pursuit of what is most natural is paramount.

Somethings like the horse’s hoof should be left in its natural state rather than shoed to conform to the unnatural existance we have created and forced on it.

This entry was posted in Daoism, Philosophy, Zhangzi. Bookmark the permalink.