I’ve been trying to make sense of the wave of mediocore movies, games, and music that has been dumped on us lately. This will be part 1 of a series of rants dedicated to mediocrity.

Why the hell are studios making these trash movies with famous actors and no substance?

Obviously good movies are going to make money, think defining films/classic movies (Dirty Harry, Fast Times at Ridgemont High, insert any movie that you’ll never forget here). But what happens when bad movies start to make money and become repeatable successes in the eyes of the studio execs. Whether you are making a modern classic or a pile of trash like Piranhas 3D it takes money to give the project life (and various degrees of effort).

Since the studio is so powerful in the production of films I want to take a look at a failry young studio that caught my eye while watching the playoffs this weekend. CBS Films. For some reason I was unaware that the monster that is CBS ever had a movie studio that was actively producing films and it took a stupid movie like Partiots Day to alert me to the fact. Since I was watching football on CBS and saw an ad for CBS Films something smelled fishy and I decided to do some wiki-researching 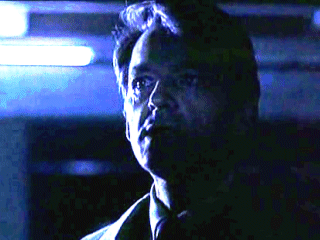 CBS Films was founded in 2007 with the goal of producing 4-6 movies, each with a budget of $50 million (big boss says you have a yearly budget of $300 million). If you want to read a more detailed year-by-year summary for the studio the wiki#CompanyHistory does a good job. The TLDR; is they aren’t the best movie studio out there and are looking for help from others who have lead successful ventures like Lionsgate.

Before I get ahead of myself, it’s important to review history and understand that CBS tried out film production before with Cinema Center Films(1967-172). They released films like With Six You Get Eggroll (this is 1968 so you best believe that is a derogatory reference an Asian character who is in a single scene). They did hit a few winners with Snoopy, Come Home (people who love Peanuts do enjoy it) + others like Scrooge and Little Big Man w/ Dustin Hoffman. Checkout the full filmography and see if you recognize any before they closed up shop 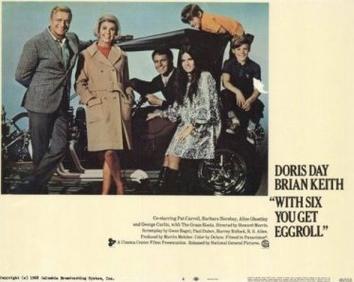 Alright now that we know that CBS has been interested in owning a studio for some time we can start to understand why they are making such shitty films every year. I’m fully convinced that CBS is not in the business of making good movies but in it to make profitable films which tends to translates to the sub-par movies they continuously release. For a studio like this with multiple TV networks marketting seems like a sure-fire way to get people to pay up for tickets. This is apparent to anyone who had to watch TV while they were advertising Patriots Day. If this movie makes money it will be an instant-success and the studio will look to repeat the action with another close-to-home act of terror

Even a broken clock is right 2 times a day.

In the case of film studios they occassionally will put out a good movie (not because thats what they do but by being in the right place at the right time + having funds to allow a talented director make a film). So let’s take a look at the full list of movies they’ve made over the past 9 years

16/24 movies being profitable seems like they have hit their mark but the remaining were either flops or the studio decided not to release how much the movie cost to make. I assume this is because they spent so much and the movie did so poorly; take a look at Flight 7500, a Sci-Fi/Horror movie with Amy Smart that was barely passable and only made $2.8 million. It was planned for release in 2013 but was pulled and later turned into a on-demand release in 2016. The studios won’t say how much they spent on the film which makes me believe they spent a pretty penny to make a pile of shit. Luckily for CBS Films, any flop that they haven’t over marketted can be turned into a release on Showtime or one of their other movie networks.

The most profitable film for the Studio was The Woman in Black which had Daniel Radcliffe in it so every Harry Potter fanboy who could stand a horror film ran to see it around the world. For anyone who saw the movie it wasn’t anything amazing but definitely not a bad movie. A beefy marketing campaign focused on showing Radcliffe’s face as many places as possible helped push a mediocore film into a money making machine for the studio.

After that successful movie the studio remained focused on having recognizable actors in lead rolls for the majority of films they were willing to put their money behind (with the exception of a few failed experiments). For the most part the formula makes money and they continue to make movies with a deep investment in the stars they hire + marketing campaigns to make sure everyone knows Actor X and Y are in Movie ZZZZZZ and the trailer looks good. This exact formula is the rational for making a movie like Patriots Day; it ticks all the boxes of human interest, actor is very recognizable, and its easy to market. So I guess this makes sense for a studio thats all about the money.

My hope is this movie is a complete flop and the studio eventually caves like its predecessor Cinema Center Films. I know its unrealistic to hope for a future where money doesn’t control what gets made but Im optimistic as a consumers we can start sending clear messages that we are tired of this shit storm. I’m hopefull we can get more movies like Fast Time at Ridgemont High that are truly excellent at what they are trying to do. Otherwise we should brace ourselves for the onslaught of mediocraty and be ready for more iterations of Final Destination and whatever marketers know will sell to the general popluation

This entry was posted in Movies. Bookmark the permalink.